The history of our business began more than 160 years ago. In 1857 Egidius Van Reeth founded a coffee roasting house in Wintam, which he moved to the Hoogstraat in Puurs a few years later. In terms of publicity Egidius was a progressive man. Some of his publications in newspapers, leaflets and advertisements can still be admired in the hotel today.

He was succeeded by his daughter Maria Van Reeth in 1911, who married Joannes Peleman. Together they developed the business further into Van Reeth’s Bazaar where more than wines and coffee were sold…

From the large family came another female successor in 1943, Paula Peleman. She in turn married Alfred Van Reeth in 1947. And so the family name ‘Van Reeth’ was continued after all.

When the coffee roaster Fred Van Reeth and his wife Paula retired in 1983, their son Wim Van Reeth already insured the succession. Now, still at the same location, Wim Van Reeth and his wife Miki Van Camp are already the fourth generation of coffee roasters. They have expanded the range of coffees to 12 Arabica varieties. They also thoroughly renovated the premises in 2006. Instead of the old store, there is now a hotel, a coffee bar and a food store where, of course, the coffee still gets a place of honour.

Meanwhile there is already a 5th generation Van Reeth at work.

Meanwhile, we sell 12 varieties of Van Reeth's coffee, which is of course still the best in Puurs.
2020 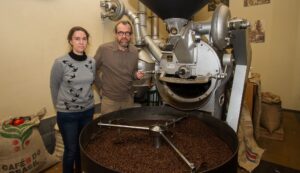 Celebration of 160 years of existence. For a whole year, customers could enjoy a gift or discount voucher every month.
2017 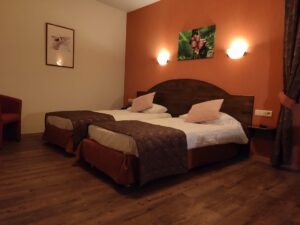 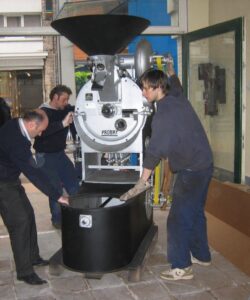 Renovations continue at building no.19.
2006 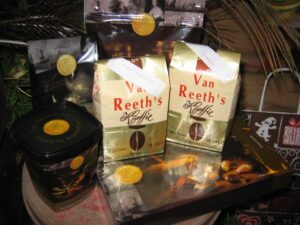 December 2006 opening of the new store, the start of selling 10 varieties of Van Reeth's Coffee and many other delicacies.
2006

February 2006, start clearance sale of Reeth Sport & Funwear, due to renovations and discontinuation of the sale of clothing & shoes.
2006
2002

Annelies Van Reeth joins the business, the follow-up is guaranteed.
2002 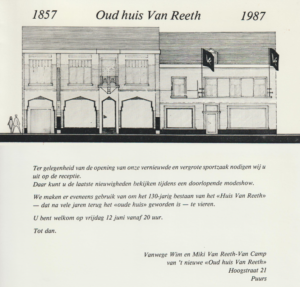 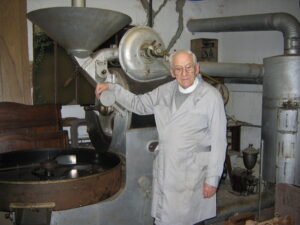 Alfred & Paula retire. But Fred will continue to roast the coffee until 2006 and sometimes still occasionally steps in.
1983 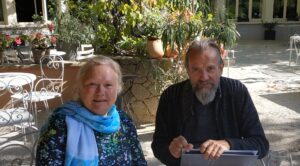 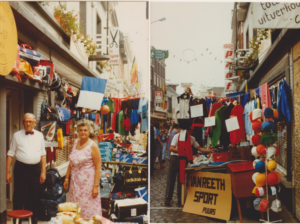 Sale of sportswear at the PuKeMa event
1982 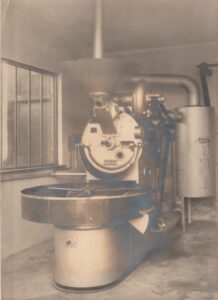 Purchase of the coffee roaster

29 January 1954 Purchase of the Probat coffee roaster, with this machine we still roast our coffee.
1954 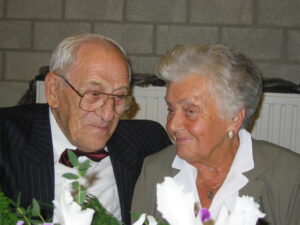 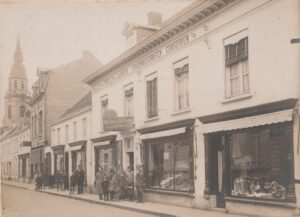 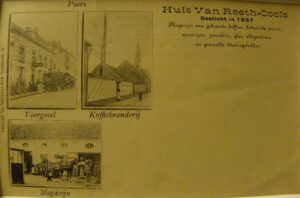 Making of postcard, House of Reeth-Cools.
1890 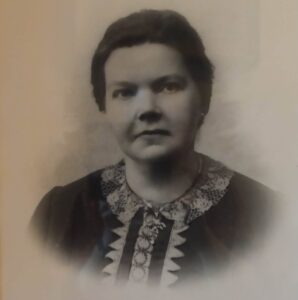 Relocation of the Coffee Roasting House and opening of the grocery store in the High street in Puurs.
1879
1871 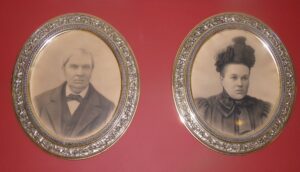